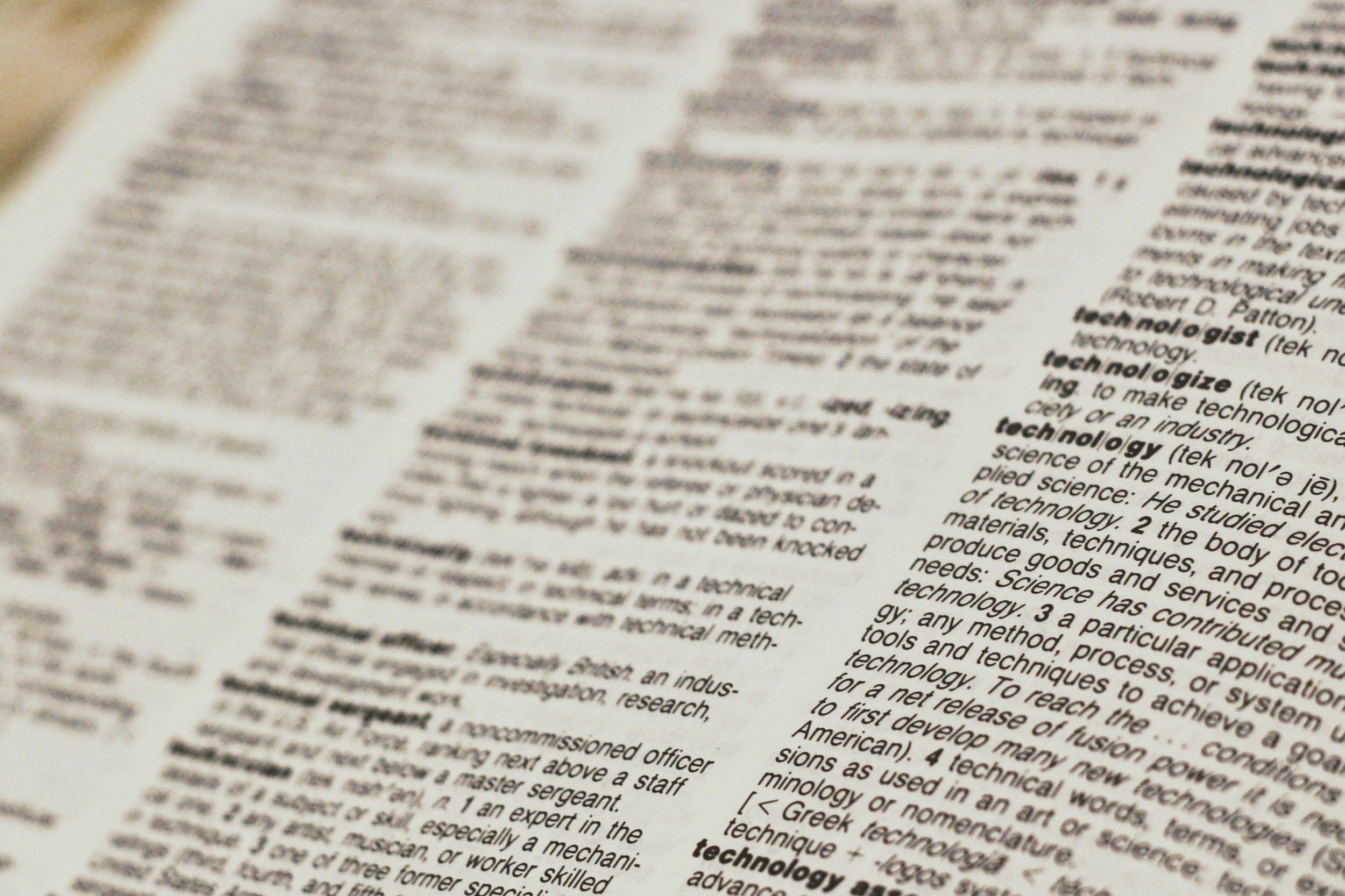 We strongly believe that people are held back by doing the things they want to do because they don’t know how to start. That’s the problem we are trying to solve here at blocmates.

Having something to refer back to whilst learning new info is always handy so here’s our A-Z which we will keep updating with all the latest crypto-lingo.

Address – Think of an address as you do with you bank account number. Except, an address in crypto is a collection of letters and numbers like this 13nHaDS4Uqq7jc9cieyYwr9F3y2qcqBmBo or can be displayed as a QR code. Addresses are used to send and receive crypto to one another.

Airdrop – Pray for this. Airdrops in crypto are relatively common. They are effectively free coins/tokens given out by a project/company.

ATH – All-time-high is the highest price-point in market capitalisation. Pray for this also…

ATL – You guessed it – all-time-low. Conversely, the lowest price in market capitalisation. Don’t pray for this.

Altcoin – Any coin that isn’t Bitcoin.

Arbitrage – A type of trading that quickly takes advantage of price differences between exchanges. example – buying a coin for a $1 on one exchange sending it to another where it is being sold for $1.05 and making 5% on the sale (minus fees).

AMM – an automated market maker is a system that provides liquidity to the exchange it operates in through automated trading.

Bear – A trader who believes the price of a coin/asset will go down. Usually found short trading. Not very nice people… Just kidding, each to their own.

Bitcoin – The OG – read our What is Bitcoin article for more info.

Block – A block of information made up of transactions. Collectively and permanently stored on the blockchain.

Blockchain – The underlying technology that allows cryptocurrencies to work in a peer-to-peer and trustless way. Read our ‘What is the blockchain’ article to find out more.

Block reward – The coins rewarded to a miner or multiple miners for solving the cryptographic puzzle that is required to create a new block. on each blockchain.

Bubble –  When a coin is well above its intrinsic value. Bubbles can burst.

Bull – Opposite of a bear. Believes the price of a coin will increase. Usually nice people. Not like bears.

Burned – or Token Burn – Refers to a deflationary mechanism which reduces the supply of a coin over time or after a specific milestone.

Candles – Refers to the candlestick indicators commonly shown on a trading chart.

Centralised – A company or government are good examples. They are central powers that dictate how things in (and sometimes not in) their control operate.

CEX – Not the shop – this is a centralised exchange. Think Binance, Gemini, Coinbase etc.

Coin – Refers to a single unit of a specific cryptocurrency.

Cold Storage – Refers to a wallet which is disconnected from the internet.

Cryptocurrency – Digital assets that are primarily running on the blockchain. Bitcoin, Ethereum, Chainlink are all cryptocurrencies.

DYOR –Very important to DO YOUR OWN RESEARCH.

DeFi – Decentralised Finance – Sign up to DeFi mania introduction to get involved.

DeFi Degen(erate) – A person who is accustomed to taking big bets on DeFi coins. But there are also big rewards…

Decentralised – The beauty of cryptocurrencies – Decentralisation removes any bias or vested interested. Relying on a distributed community of people and computer power as opposed to a central authority. Viva de revolution…

DAO – Decentralised autonomous organisations – A company that runs purely on code written into smart contracts. No more decisions based on fear, greed or powerplays.

DAG – Directed cyclical graph – another decentralised way of confirming transactions which is quicker and cheaper than the blockchain. Although it comes with its cons too. HTR is a project using both blockchain and DAG…

Dominance – the proportion of the whole cryptocurrency market that bitcoin occupies. Currently around 63%.

Dump – A sell-off of coins.

ERC-20 – The token standard for Ethereum. Tokens built on the Ethereum blockchain will be ERC-20 tokens. Funnily enough, ETH itself isn’t ERC-20 compliant.

Exchange – A marketplace where coins are traded.

FOMO – Fear of missing out. This is all too real. Be aware of it.

Fork – Software fork – When the source code of a project is taken and modified to create a new project. Bitcoin was forked to create Litecoin.

FA –Fundamental analysis refers to overall research around a project. Its founders, its developers, its tokenomics, its pathway and its whitepaper.

Genesis Block – The first block ever mined on the Bitcoin blockchain by Satoshi Nakamoto.

Governance Token – A token that can be used to vote on the direction of that particular project. A great way to use decentralisation for the best intentions.

Halvening – When 210,000 new blocks are generated on the bitcoin blockchain, the block reward a miner receives for completing a block is halved.

Hash – No not that kind…  When bitcoin miners are solving a cryptographic puzzle, they are given a hash (shortened hexadecimal collection of numbers and letters). Using the output, the computers run through thousands of different options until the corresponding input is found.

Hot Wallet – A wallet that is connected to the internet.

Impermanent loss – If you provide liquidity to a liquidity pool and the price of the underlying coins supplied changes, this can cause a temporary loss. Be careful with this.

KYC – Know your customer – refers to centralised exchanges having information on each person who uses there platform.

Ledger – A record of financial transactions that cannot be modified.

Leverage – An exchange can loan you increased amounts of coins for you to execute a trade. This can quickly increase your profits but also quickly drain your funds if wrong.

Limit order — Buy/Sell – This is effectively placing a bid on an exchange for a price you are willing to pay or sell a coin at. This is different to market buying/selling were you buy or sell at the current price.

Liquidity – Effectively how easy it is to enter and leave the market/trade. A house may be less liquid than another currency for example. It would be able to buy and sell currency for currency.

Liquidity pool – DEX rely on people providing liquidity so other people can trade. If you have certain coins you can provide them as liquidity to a DEX liquidity pool and receive rewards for doing so. Book our DeFi mania course for more info.

Long – opening a trade with the hope that it will increase and sell it at a higher price. Opposite to a short…

Mainnet – When a project runs on its own blockchain. This is different from running on a testnet or running on top of the Ethereum blockchain for example.

Margin trading – Using borrowed coins to execute a trade in the hope that the pay off is increased due to a larger initial investment. This can quickly turn sour if you are an inexperienced or experienced trader. Especially in crypto where volatility is a given.

Market – The ecosystem of crypto where coins/tokens can be freely traded.

Market capitalisation – Market Cap or MC – Taken the current price of a coin x the circulating supply = the MC. Be sure to check the total market cap too if coins are still being mined.

Market Buy – market buying/selling when you buy or sell at the current price in the market.

Mining – Refers to the computers/equipment that is consistently solving cryptographic puzzles to ensure the blockchain is maintained. Miners solve the hash and add to the blockchain and in doing so, they receive block rewards and transaction fees.

Moon – Refers to how high your coins are going to go – “When Moon?”

Node – The network of computers that operates the blockchain.

NFTs – Non-fungible tokens are tokens which have their independent value and as such can be applied to real-world or digital products like art.

On-chain – Anything that operates on the blockchain

Oracles – These connect on-chain to the off-chain. Chainlink is the most successful. This brings about real-world adoption.

Pair – A pair of coins that can be traded ETH/BTC or LINK/USDT for example.

Portfolio – Your collection of assets.

Private key – Private keys are everything. Please do not lose these when signing up to an exchange or wallet or you will lose your tokens/coins.

Public address – Use this to send and receive cryptocurrency.

REKT – Losing a lot on a bad trade.

Satoshi Nakamoto – The creator of Bitcoin

Seed phrase – This is given and must be written down and stored safely whenever signing up to an exchange or a new wallet.

Short – the opposite of a long trade. Short trading bets on the price of something going down.

Smart contract – Smart contracts allow a trustless transaction to occur. So for example, if Person A does the task properly then funds are released from the contract for doing so. Removing any need for trust between two or more parties.

Stablecoin – This is a coin that reflects the same price to that of a real-world currency like the dollar. USDT is Tether, a cryptographically stable coin that always is $1. You can use this to get out of volatile markets as a safe-haven.

Staking – Lock up your coins in a designated wallet and earn rewards. Behind the scenes, you are helping validate the transactions on that blockchain. This is called ‘proof-of-stake’.

Ticker – Or a symbol denoting a specific coin – Bitcoin is BTC.

Volume – The amount of crypto being traded over a certain time frame.

Whale – A person who holds a very large amount of a specific coin. If they sell it can cause big ripples in the market.

Whitepaper – Document highlighting the way a specific coin works and its roadmap for the future.

Yield farming – Earn huge interest by investing in DeFi – sign up to our DeFi mania course to learn more.