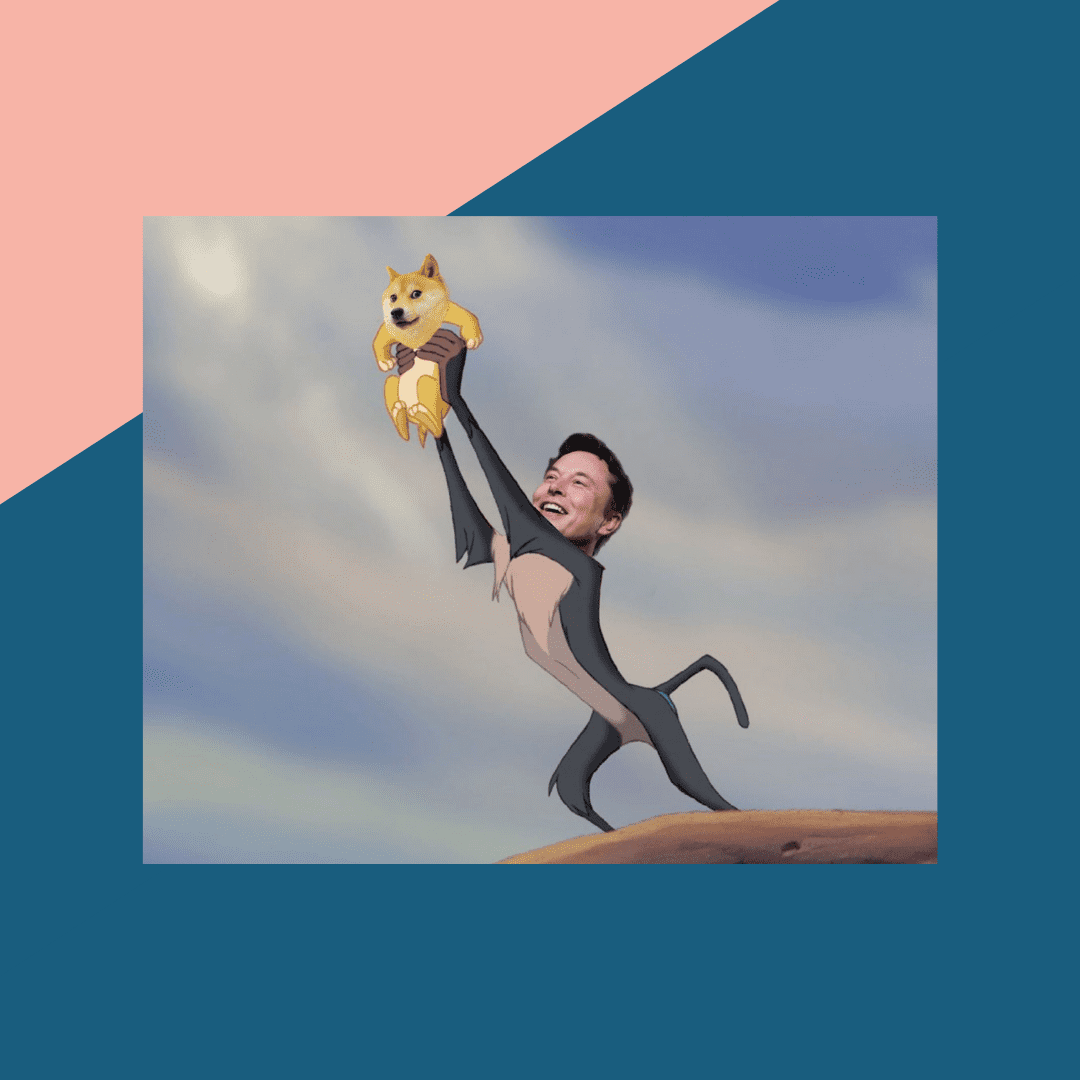 The richest man in the world (on and off) announced he will be stepping down as CEO. Yes, we are talking about that man Jeffery Bezos.

The man who could use his net worth to buy nearly ⅓ of all Bitcoin on the planet ($200Bn), has said he isn’t leaving he is stepping down from commander-in-chief as he needs to focus on his philanthropic Day 1 fund and his other commitments.

What I believe is going on is that he is going put all his effort into Blue Origin and we will have a super billionaire space race to Mars. None of what I have just said is based in facts… but he is stepping down.

Speaking of Elon Musk. He continues to be a man of the people, first by confronting Robinhood CEO Vladimir Tenev, on the online audio chat app, Clubhouse and then posting the below tweet.

Nothing more really needs to be said… The tweet sent dogecoin rallying again over 46%. It wasn’t long-lived though and I fear more people will have got burnt this time around.

Musk also included another Doge-related tweet saying “no highs, no lows, only doge” – If I didn’t have an ounce of self-respect I’d create a dropshipping website for Elon Musk tweets.

Another personal from Elon’s tweet rampage on the 4th February was “I am become meme, destroyer of shorts” – the phrase Robert Oppenheimer said he thought about the first time he saw his atomic bomb in action. The original phrase “Now I am become death, destroyer of worlds” is from the Bhagavad Gita, a Hindu scripture. For your fact of the day…

Aside from that Twitter CEO Jack Dorsey who has been very vocal about Bitcoin, posted this on Twitter.

That my friends, is Jack, running a Bitcoin node. Helping secure the blockchain one verification at a time. Wonder if Zuckerborg is into Bitcoin?… Probably not after the whole Winklevoss thing.

Ironically, it looks like the twins will probably do better out of the Facebook settlement in the long run than if they hadn’t had their idea stolen from them in the first place. If you haven’t read or listened to Bitcoin Billionaires yet I highly recommend it. Not literary advice… TL;DR Cameron and Tyler Winklevoss invested $11m of their Facebook ‘pay-off’ into Bitcoin and the best part… this was in 2013. $$$$

If there was one piece of news in the UK this week that made me want to go ‘all in’ it was this. The Bank of England told the UK banks to prepare for negative interest rates. What?!
Now, this isn’t the first time this has happened in Switzerland, Sweden (recently finished) and Denmark this has been going on for a while.

So what does that mean? The interest rate set by the Bank of England will apply to all licensed banks. It effectively flips the well-understood savings model on its head. Yes, that does mean you could be penalised for saving money and encouraged to take out loans which you will be rewarded for… Just buy Bitcoin and be your own bank jeez.

On top of that, the money printer will be rolled out again to increase the printed funds for more quantitative easing. This time increased this year’s printing target by an extra £50 Billion taking us brits to around £945 Billion. And to think people are still worried about cryptocurrencies.

On some more upbeat news, the crypto markets are seeing all-time highs across the board; ETH, AAVE and LINK are all flying to the mars and hopefully they don’t come back. If only Elon and Bezos just pumped them full time, they may get interplanetary space travel a lot quicker.

DeFi seems to be stealing all the glory once again with huge pumps across Uniswap listings and BSC tokens routinely doing 3 or 4 x in a few days. $35 Billion is now locked in DeFi, so that’s just another 30 x until DeFi is a trillion-dollar MC in and of itself. So yes, if you are reading this, you are still early.

You have to be careful as the cheap fees and increasingly easy access to Binance smart chain DeFi is leading to an increased amount of rug pulls. PopcornSwap made off with $2,000,000 USDT of its user’s funds whilst Zap Finance and Tin Finance also managed to pull the rug from beneath its investors. Be careful and do your research. I will release an article this coming week about how to be vigilant in the DeFi space.

That’s all for this week.

If you liked this article and want to learn more, we offer free one-to-one support online to help you set up and get involved in the cryptocurrency space. Hit the ‘book for free button’ at the top of this page to get started.

We operate on a donation basis. So if you liked what you just read or what we are doing here at blocmates then you can buy us a pint or a cup of coffee below. Equally, we offer guaranteed slots and exclusive content to our Patrons which you can sign up to below. This will include our own portfolio updates as and when they happen. These will not be available anywhere else but through our Patreon link below.

Again, this service is completely free so if you don’t feel like it, that’s cool too!

You can sign up to Coinbase and Binance by clicking through both links.