Why is Bitcoin Important? 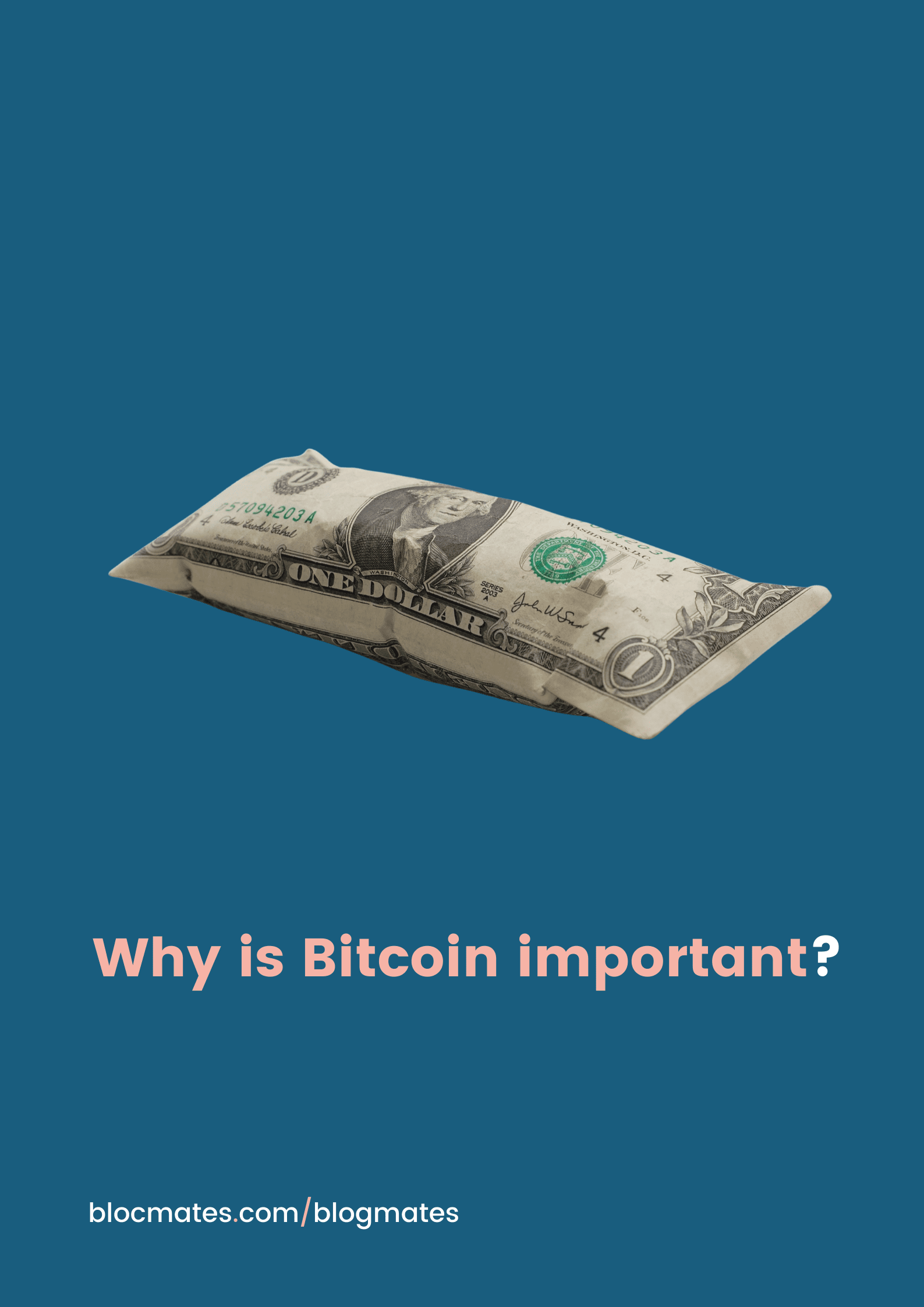 To understand why Bitcoin and other cryptocurrencies are important we have to take a look at why they were created in the first place. In 2008, Satoshi Nakamoto published a document that showed a peer-to-peer digital currency that required no third-party company or institution to operate.

The document was, of course, the Bitcoin white paper which you can read HERE (we highly recommend you do).

Now, 2008 was a questionable time, to say the least for the financial industry and in particular banks. Sub-prime mortgage lending snowballed out of control as banks and bankers got more and more greedy, risking peoples livelihoods and hard-earned money.

When interest variable interest rates kicked in and people all of a sudden were struggling to pay their mortgage, peoples only option was to sell their new dream home at a loss. This led to a huge increase in houses on the market, which basic economics tells us, “supply goes up, demand goes down” and consequently so does the cost.

The housing market crashed and was devastating for millions of people globally. So all the banks were sued and held accountable, whilst the people responsible were prosecuted for destroying peoples lives and savings… Erm… not so much.

The banks were bailed out by local governments. When we hear the term government bailout, you should, in fact, hear the public is going to pay for it in more ways than one.

So not only were the people wrongly advised on these ridiculous mortgages, to add insult to injury they were left to foot the bill for years to come. It would not be ridiculous to say a lot of people will have still not recovered.

The UK government on the record created a £500 Billion bailout package. This was made up of government loans (taxpayers money) and printing excessive cash (remember supply and demand) further devaluing what little cash people had left in the first place.

Now, traditionally people flock to gold as a safe haven when there is uncertainty. If you have a look at the chart below it shows the price of gold beginning to rise rapidly from the start of the global financial crisis.

Now take a look at Bitcoin following the western world being affected directly by the pandemic.

“Bitcoin is money, everything else is credit” – Me –  just now…

Gold from March 2020 rallied up 38%, Bitcoin however since march, reached its all-time high and pumping 600%. There’s a clear incentive here with those gains.

So we can see how Bitcoin is now considered a digital safe haven against uncertainty and a hedge against currencies like the dollar or the pound. If banks continue to print more and more money to try put a plaster over the laceration that the current pandemic is causing. What happens to the value of money?

The answer to that is, it drops.

The bank of England has reportedly printed around £895 Billion last year to try to keep the economy afloat in the midst of the pandemic, whilst also planning to print around another £13,000 per person in the UK this year…  The beauty of Bitcoin is there will only ever be 21,000,000. This creates scarcity and low supply leads to high demand and consequently the high price.

Another extreme example of this is in Venezuela, wherein 2018 their inflation rate was higher than the other 5 top countries combined by an order of magnitude. 65,374% inflation at its peak, led people to seek a hedge against this and given its political uncertainty, the Venezuelan people adopted Bitcoin. Since then Venezuelans are the fastest adopters of Bitcoin anywhere in the world. In uncertain times and with an overbearing government, peer-to-peer decentralised and unconfiscatable assets like bitcoin rule supreme.

Aside from it being a safe bet from the money printer and greedy bankers, Bitcoin is extremely useful.

Any amount of Bitcoin, large or small can be sent globally in a matter of minutes and for a very low fee. This is extremely useful for those sending money back home for remittance (thought to be a $0.5 Trillion per year!) and for the 2 billion people on the planet who are unbanked.

Supply – We have mentioned scarcity – only 21 million EVER!

Utility – It can be used for payments, store of value and can be traded with lots of other assets.

Borderless – It can be transferred and used between borders all around the world.

Long-lasting – Unlike cash, Bitcoin does not need to be taken out of circulation after a number of years to make way for freshly printed notes.

Counterfeiting – If you haven’t read our what is Bitcoin article yet head over there now to understand how and why it can’t be counterfeited.

We are betting on Bitcoin and no you are not too late to the party.

If you want to buy Bitcoin you can do so by signing up to AAX by following this link or scanning the QR code below.