What is Polygon (MATIC)? – Beginners Guide. 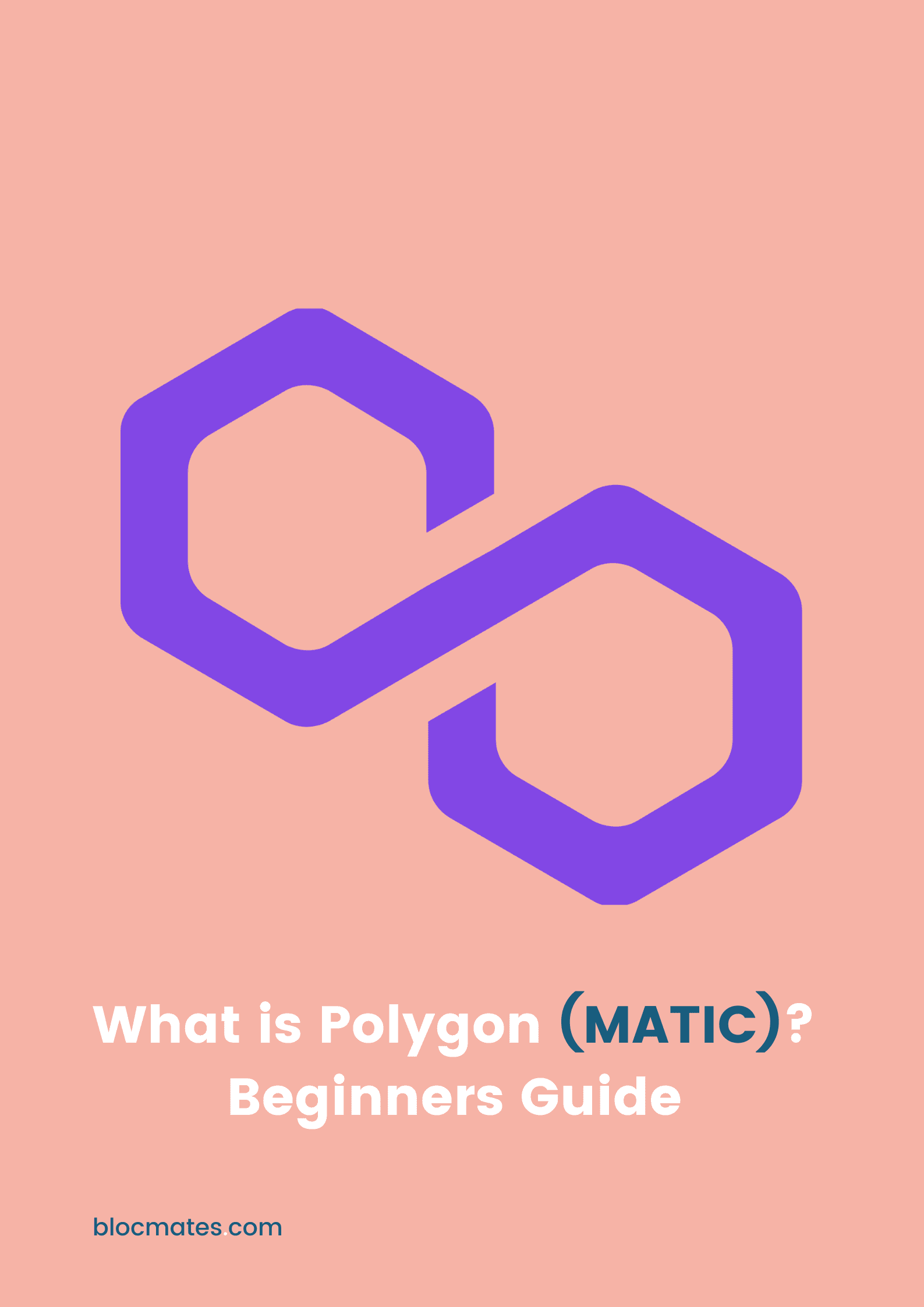 Let’s be honest, everyone wants to build their product using Ethereum.

No one likes to use Bing or Internet Explorer, Javascript is the internets programming language for a reason and 40% of all websites are built using WordPress.

The cream rises to the top.

Ethereum is the gold standard of blockchain, it has handled trillions of dollars worth of transactions, over 3,000 Dapps and around 90% of all protocols are built using Ethereum.

It is safe to say that it is the blockchain of choice for developers. Their Solidity programming language seems compatible and understood whilst their reputation and thriving community builds reputation and credibility.

For more on Ethereum head to our article HERE.

So what’s the problem with Ethereum?

Currently, Ethereum works on Proof-of-Work consensus mechanisms, this effectively means for a transaction to be handled on the Ethereum blockchain, lots of computers scattered around the planet known as nodes, will all compete for the transaction.

To win the transaction fee, they have to be the first miner to solve the cryptographic algorithm and publish their findings to the rest of the network so everyone can continuously update the blockchain to keep an up to date record of what is going on.

Even to the untrained eye, this may seem a little very labour intensive and it is…

As all the nodes/validators across the network have to compete and update/align following each new block it creates a very unsustainable network.

Ethereum network transaction fees AKA Gas, are through the roof, sometimes above $100 for a single transaction making the network exclusionary for many small investors.

This is caused by a backlog of transactions because the current PoW can only handle around 30 transactions a second.

This then causes people who are willing to pay more Gas to queue jump and get their transactions pushed through first. The whole thing is a mess and needs sorting out for ETH to be used properly.

Ethereum is undergoing two phases of scaling. Layer 1 scaling refers to increasing the capacity of the base Ethereum blockchain.

To do this they will switch from Proof of Work to Proof of Stake. Proof of Stake rewards all ETH holders who stake their tokens in their staking protocol.

Proof of Stake is a much more scalable and sustainable consensus mechanism that will allow around 100x more transactions on its own.

ETH is currently undergoing the switch from PoW to PoS and is doing so slowly to allow it to work correctly.

Isn’t this article about Polygon (MATIC)?

The next phase of scaling is something called… you guessed it Layer 2.

This refers to scaling and increasing capacity in several different ways, which we will touch upon later.

Polygon (formerly known as Matic), seeks to provide a plug-in and play framework for existing projects and a new project to be able to build on Ethereum whilst removing the current user issues caused by scaling.

Matic allows other projects to be interoperable with Ethereum. This removes the need for a project to build its own blockchain which is just ineffective and recreates the wheel.

Projects connecting and using Ethereum get the added security of the main layer whilst also being connected to the most thriving blockchain in the world.

Matic was released in 2019 on the Binance initial exchange offering (IEO). The team at the time were focussed on something called plasma chains.

Plasma chains are effectively smaller chains that can connect to the main Ethereum blockchain. Think branches to a tree…

This way transactions can be handled on these plasma chains to prevent clogging and congestion on Ethereum. The transactions are handled by selected MATIC validators and then a snapshot of what is happening is sent back to the Ethereum mainchain for continuity.

Validators or nodes on these plasma chains stake their MATIC tokens on each individual plasma chain to validate transactions.

So if a project wants to use Ethereum but is worried about high fees and slow transactions, it can implement MATIC and run a plasma chain.

Until recently MATIC was the name… now it is Polygon.

In February, Matic rebranded to Polygon and made a slight pivot, for the better in my opinion.

As Matic was previously offering plasma chains as a solution, they are now offering multiple Layer 2 solutions as well as plasma chains.

Some Layer 2 solutions Polygon will allow users to use and integrate into Ethereum using are:

Judging by a recent interview with the Web3 Foundation, Sandeep Nailwal their co-founder is looking to move with the tide as more Layer 2 protocols become available Polygon will find a way to make them accessible to new and existing projects.

This *polygon* is an evolving network dedicated to proving the best Layer 2 solutions to the cryptocurrency and blockchain industry and it all ties back to the Ethereum network.

I will go into Layer 2 solutions in another article or I will be here all day.

The structure of Polygon connected to the central Ethereum hub looks a lot like Polkadot and its Parachains. These structures often get compared and it is obvious to see why.

In essence, Polygon is to Ethereum what Parachains are to Polkadot. They are a way to handle off-main-chain transactions which reduce congestion and then settle the transactions back at the hub.