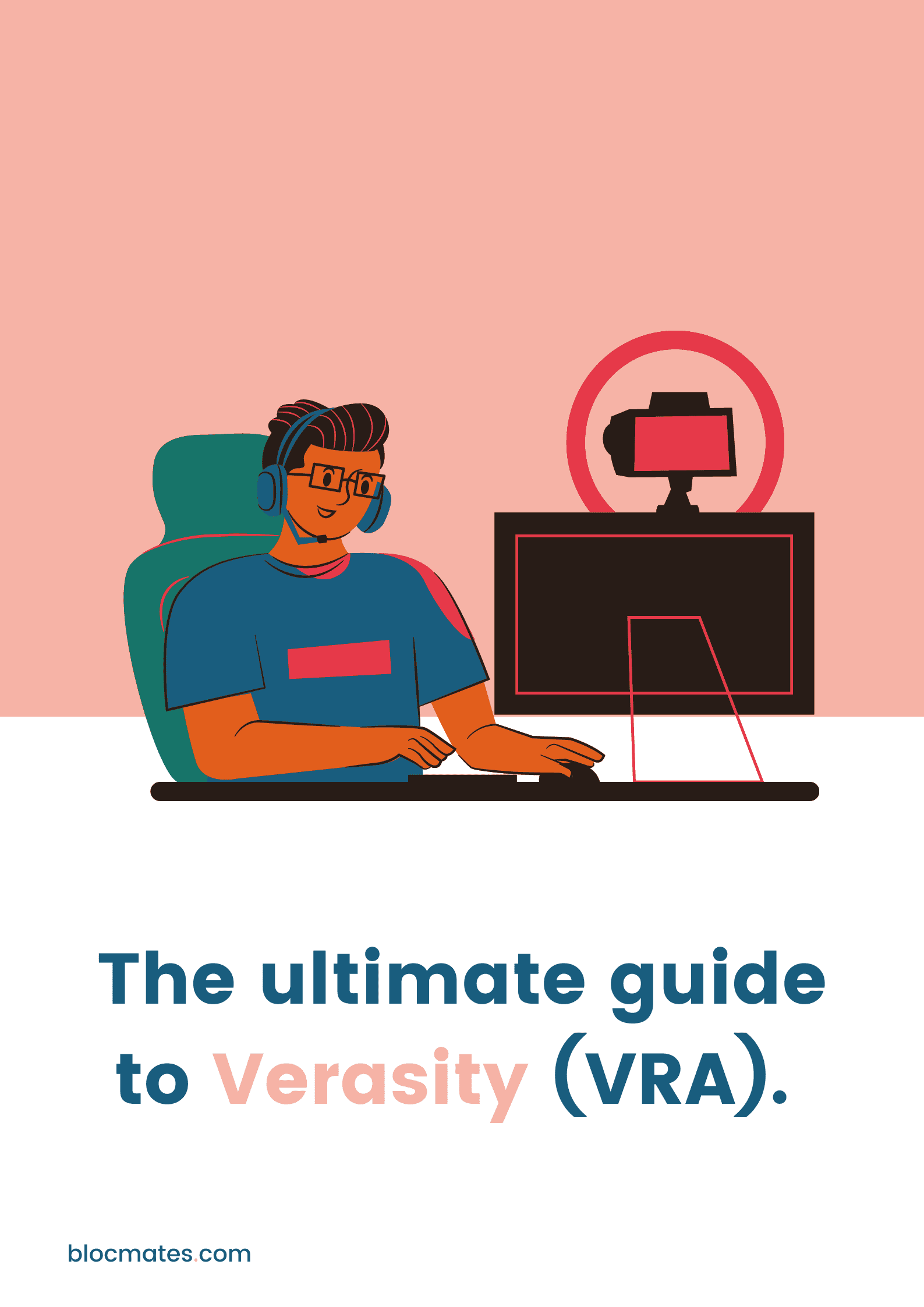 Online advertising is big business. How big? Around $400 billion, with a B, was spent on digital advertising.

But, there is a dark underbelly that accounts for around 40% of all digital advertising views… Ad fraud.

Click farms that are used by fraudulent companies deploy bots to “view” video content from around the world are making up over half of these views.

Because Google (who own YouTube), are the largest ad service provider on the internet by far, publishers and content creators alike can host advertisements on the videos or website. These advertisements are selected by Google based on your content and then auction the space off to the highest bidder.

Because Google will pay the creator of the video or site if someone (or something) clicks on the ads, there is an immediate incentive to have more ads on your site/video. Often, these “creators” have a sole purpose and that is to generate as many clicks as physically possible and hence, generate a lot of Ad revenue by Google/other ad providers.

There are so so many issues with this model. The first being the rise of clickbait articles. Extremely intriguing and provoking articles that mean absolutely nothing, yet entice users to the site or video, which is littered with ads.

I won’t go into how this is single-handedly causing the biggest division between human beings since time began and exacerbating tribalism beyond belief, that’s another story…

What this is doing hurts actual genuine content creators and publishers whilst also causing extreme logistical problems for Ad providers and platforms like YouTube, Twitch, Vimeo and others.

If a company is paying to advertise on these platforms, they want views. Human views. Not bots.

Advertisers are actually willing to pay a huge premium (around 5-10x) if they can guarantee their ads will be viewed by actual humans. Keep this in mind for later.

So how the hell can this be verified?

Well, as usual, the blockchain is coming to save us all.

Verasity solves this $140bn + problem by verifying human viewers by assessing over 200 touchpoints and assigning individual accounts with an ID.

Each account (ID), when it watches a video, is deemed a transaction. Following a verified viewing (transaction), this record is then be added to the blockchain as a public record for publishers and platforms to see.

Because of the design of the blockchain and how it is immutable. Creators, platforms and ad services can operate in a trustless way.

Another extremely bullish fact about Verasity is that they have the ONLY, United States approved patent on the blockchain.

This is their Proof of View protocol which allows the whole verification and identification procedure to work.

Update: Proof of View patent #1095693 was issued & @verasitytech filed the PCT International application PCT/IB2021/052243 with the World Intellectual Property Organization for System and Method for Proof of View via Blockchain. This provides worldwide protection for #PoV. $VRA

I was surprised to read that this is the first patented protocol on the blockchain although saying that, patents are long, boring and can be expensive processes. It is worth it in the end though.

More recently the team stepped it up a notch. With the World Intellectual Patent Office (WIPO) approving PoV! Meaning this technology is only to be used by Verasity or those it licenses it to. In an industry of clones, this is a step in the right direction.

Patent Announcement –
The World Intellectual Property Office (“WIPO”) confirms publication of Verasity international patent application.
PCT Patent Application No. PCT/IB2021/052243 for System and Method for Proof of View via Blockchain
No. WO 2021/079359 on 04/29/21#PoV $VRA

With Proof of View, everybody wins…

Platforms (YouTube/Twitch etc.) – These guys don’t have to go through the hassle with advertisers when they come knocking for their rebate as 40% of their ads were viewed by bots. This happens. A lot.

From reading into this article, this process is extremely longwinded, to say the least. Disputes happen. Advertisers and platforms lock horns and it all gets very messy. Who needs it?

Advertisers – Advertisers know that their product or brand is being viewed by attentive watchers. This is all they want. They don’t mind paying the premium for it either.

Viewers – Viewers get paid for their attention. If your favourite YouTuber is running the Verasity rewards program on their videos, if you watch up to 80% of the video you can click the little green trophy icon and receive rewards in VRA.

Following that you can choose to spend it at the many sites that are already accepting VRA, trade it for fiat using the VRA wallet or the best option (in my opinion), stake it on their rewards program for a 25.5% annual return (0.07% per day).

You can sign up to their VERA wallet HERE to stake your VRA for those juicy APY’s.

This is just one element of Verasity. These guys don’t just stop here.

The team understood this problem and built their own video and gaming platform called the eSport Fight Club. This served as a proof of concept steaming service but has since taken off as its own product.

eSports Fight Club at its last major event had millions of engaged viewers all demonstrating how powerful the Verasity video rewards platform is.

On the platform, the native VRA token has a lot of utility.

Gamers are rewarded in VRA from advertisers whilst also the main prize for tournaments is paid out in VRA. Users are paid in VRA for their attention and users will need the token if they wish to subscribe.

Increased utility and adoption of the platform will therefore increase the demand for the VRA token itself. More on the tokenomics later.

This video rewards layer isn’t just for Verasity’s own platform though. It can already be integrated into the biggest video streaming platforms on the planet. The layer is compatible with Twitch, YouTube, Vimeo and effectively any other streaming or video service you can think of.

Given the fact that over 1 billion hours are watched per day on YouTube alone (yeah, that is 114,155 years, we did the math), there is an awful lot of adoption possible for VRA.

VRA recently underwent a 1:1 token swap from the ERC20 standard to the ERC777 standard. This allowed the team to properly implement Proof of View without the need to develop their own blockchain.

This ERC777 token standard allows PoV to operate as intended whilst also harnessing the power and credibility of the Ethereum blockchain. This was a good move in my opinion. Ethereum is the gold standard.

The updated $VRA ERC20 to ERC777 swap process and schedule, made easy. ✅

There are 10,356,527,868 VRA with a current circulating supply of 6,542,847,233. As discussed previously as the platform develops and adoption increases, there will be a huge demand for the VRA token, further increasing the price of VRA itself due to scarcity.

This is an extremely important part of all crypto but I struggle to see a functioning team with such an incentivising release structure as Verasity.

The VRA team had around 20% locked away on a very tight emissions schedule which is purely determined by the value and price of the VRA token. Although this price is not available, which I believe is a good thing as traders will use this as a sell-off point before it is reached.

Unless this price is reached the team will not receive their allocated funds. On top of this strict release schedule, the team have to maintain and continue to build on this VRA price year on year or again, their funds are not unlocked. Over the course of 4 years 2020,2021, 2022 and 2023, the team if their target is met, will receive 25% of their allocated founder funds.

I couldn’t find any information regarding whether they had their funds unlocked after 2020, although based on them not initiating the buyback and burn which was also tied to how well the project did, I don’t think these founder tokens will have been released.

On the topic of buyback and burns which are music to an investors ears, since its launch, Verasity has burnt around 17% of the total supply. Although there were no 2020 burns, the team have not stopped this initiative and it will be implemented in the future according to their medium posts.

On top of this, an awful lot of the supply is tied up on their site as people are staking for additional VRA. This is a great way to earn more VRA whilst also shortening up the supply which increases the demand for the token.

Overall, I think the future is bright for Verasity. The online streaming and video platform industry is booming. The most desirable job for school children at the moment in America is to be a YouTuber.

Given Verasity’s increased ability to make additional income for content creators and publishers, I can see the adoption slowly but surely becoming apparent.

To be honest, you would be silly not to with the premium ad revenue and current incentive structures on Verasity.

A tier 1 exchange like Binance has been long-awaited by the Verasian’s. Given the huge community and social presence of Verasity and VRA, I can’t see this being too far away.

Exchanges like Binance make their returns from people trading the token. With VRA trading at around $50m volume per day at the time of writing, it is more than reasonable to argue that these kinds of numbers would warrant listing on the exchange.

Click this link to get started – If you need a hand setting it up we have already made a walkthrough guide on how to do this.

We have a Patreon page which is the price of a pint per month. It lets you know what we are buying and selling and when. It also has full access to my portfolio. You won’t get this access anywhere else.

We also have a live Early Retirement Index on there. A list of coins we believe will perform excellently over the next few years.

We hope this helps and has been useful. If you have any questions just get in touch and we will be more than happy to help. Please remember to sign up using the referral links to help support our platform.