How to use the Fibonacci when trading crypto. 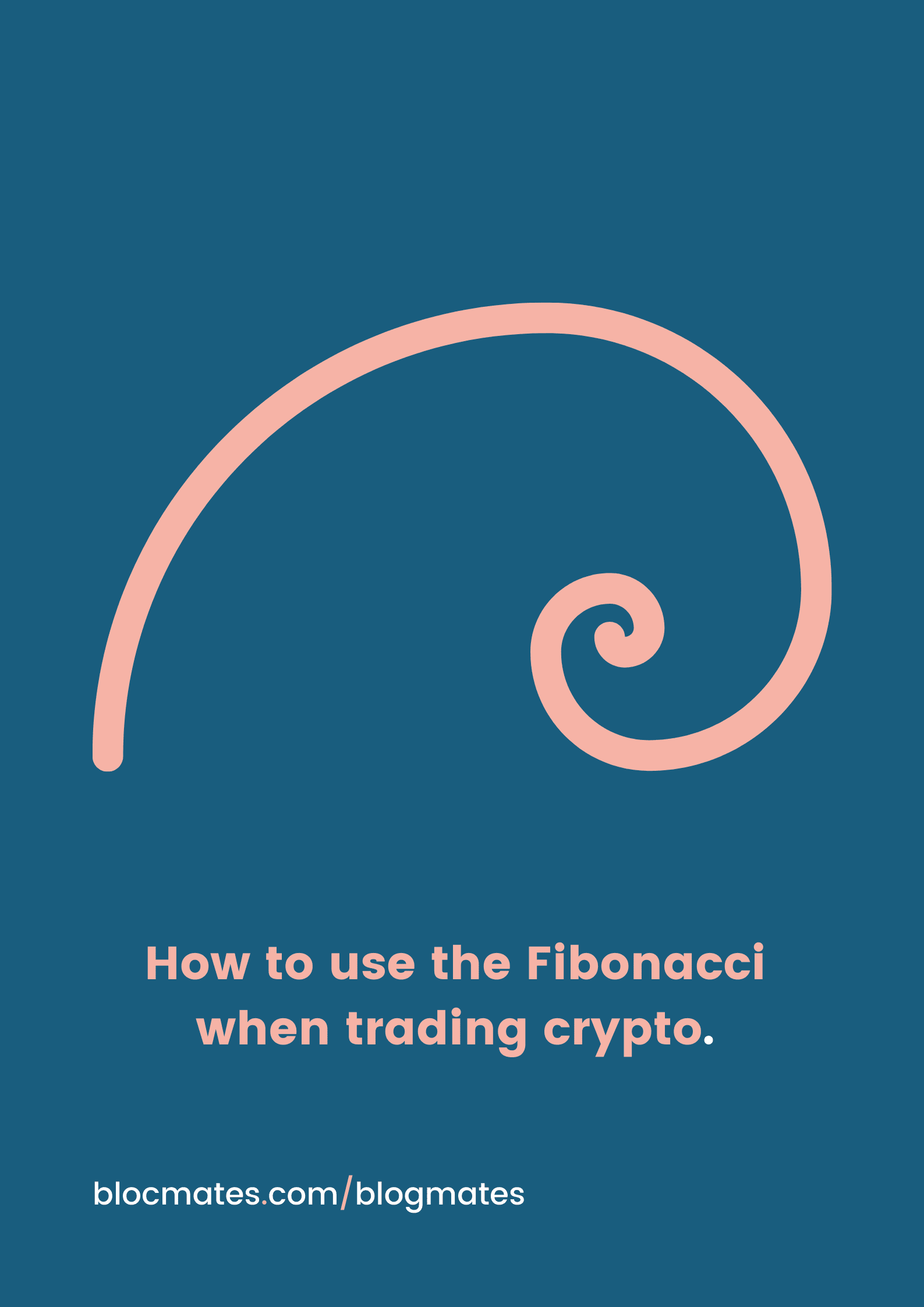 So if you are in our Telegram (which is hilarious by the way, you can join HERE), you will have seen me and a few others butchering requested charts with what looks like a 6-year-old got a crayon and went to town.

There is some method to the madness although I will admit, I am in no way the best technical analyst out there. That being said, I don’t pass up opportunities to make money when I see them.

Can you pick out the sequence? This my friends is the Fibonacci sequence.

This sequence is seen throughout the universe and pops up in lots of different places in nature including in flowers, seed heads, pinecones, fruits and vegetables. Also weirder situations like in the arc of a wave or even in the spirals of different galaxy’s.

What I mean by that is when you draw a line from the corner of each of the previous Fibonacci number in the sequence and plot it on what is known as the gold spiral the pattern then becomes very familiar.

What I don’t like to think about too much is how it relates to trading and why it is so successful as an indicator.

It hurts my brain too much to think that it could be because of some Jungian collective unconscious that is triggered in groups of people who are focussed on one particular thing simultaneously and that the fear and greed are collectively manifested in the form of a trading chart.

Anyway, it is useful, god knows why don’t ask me…

So how do you use the Fibonacci retracement/extension in trading?

Well as the title suggests, it is used to calculate retracements (dips) and extensions (pumps), from two particulars points in a graph.

So if you don’t have a trading account and you want to start trading to follow this you can head HERE. This is a link to AAX, in my opinion, the most user-friendly and reliable exchange out there.

For full disclosure, they are the ones giving me the ability to put out this content for free so, thanks AAX!

For this example, we will just keep it simple and look at the BTC/USDT chart.

Head to Spot on AAX.

Next, make sure you have selected your desired market from the drop-down box. It might be worth noting, don’t pick the chart let the chart and set-up be the decider. By that I mean don’t force a trade because you are married to that particular coin. If there is a good opportunity, go for it.

Hit the full-screen button at the top of the chart.

First, determine the overall trend. Which way is the price moving? Well until recently Bitcoin was moving up so it was in an uptrend. But now we may be able to use the Fibonacci tool to figure out if it is in an overall downtrend or if this is just a pullback (retracement).

Select the timeframe you are looking to trade on. This should be your decision. Smaller time frames are quicker scalp trades with less price movement. You may only get 1-3% in smaller timeframes.

On the other hand, larger timeframes will often take longer to execute profitably but overall generate greater returns as the price movements are much greater.

To bring up the Fibonacci retracement tool go to the left-hand side of the graph.

Before you start trying to be Banksy, you want to change the settings to add additional levels above the bottom (1) and the top (0). This will make sense later…

Draw a dummy Fib. Just from any two points, it doesn’t matter it is only so you can select and change the settings for now.

So this is all preference, but I would recommend having the numbers the same. Although you can have the labels, colours and background transparency as fruity as you like.

So what are those numbers?

If you divide the first number in the Fibonacci sequence by the next number you get… The golden number, 0.618.

So lets put it in to practice.

Let’s take the bottom wick of the last pullback and stretch it to the all-time-high.

If you want to use a lower or earlier point that you think is best, cool, go for it. Keep it consistent. Or use Pareto’s principle. Try it, if it works keep it. If it doesn’t get rid and try again until it does.

That is a great philosophy in all things to be honest, not just trading.

From here you can see which levels the pullback is expected to reach.

If a retracement occurs and bounces off the first Fib level (0.236), it is a very strong bullish indicator. People were waiting to buy it and showed there was demand.

As you move down the levels the bullish sentiment decreases. After the 0.5 level, you could argue there is an overall trend reversal.

So, if you are looking to trade in an uptrend, you can use 0.236, 0.382 or even 0.5 as a region you would look to buy in at. From there you can monitor the trend and have a better idea of the likelihood of the direction of the price.

Remember, the Fibonacci tool is widely used and is probably one of the most popular technical tools out there. Any worthwhile trader will be using this when executing trades so use it to your advantage and definitely have it in your toolbelt.

It is this very reason it is such a powerful tool, its a network effect. The more people use something the more reliable and consistent it becomes.

Using the above Bitcoin example I would be waiting for the daily candle to close (00:00) and see where that sits on the Fibonacci levels. If it is staying above the 0.5 and can break into the 0.382 and close there I would say the bull run may have some more steam.

Obviously, I am an idiot and there are so many moving parts in a trade and this is only a small thing you should be considering. Fundamentals are of course a huge factor in trades.

If Michael Saylor’s MicroStrategy decides to spend another billion dollars on Bitcoin then there should be a move upwards. Equally, if mining farms begin to sell large quantities you can see why that would be an issue.

So to recap. The Fibonacci retracement and extension tool is to be used within a defined trend. If it is an upward trend then use it to signal when to buy pullbacks and at what area.

If it is a downward trend then you would use it to sell at certain price increases.

The numbers past 0 and 1 give you an idea of what would happen if the trend broke the area you have drawn. This is more commonly used for extensions as opposed to >1.0 as past the 100% retrace it would be more beneficial to redraw the Fib from the lower ATL or support level.

If the price breaks the ATH, keep your Fib moving. The charts don’t stand still, nor should you.

Finally, if you are trading you should always consider using a stop loss. You can use the Fibonacci levels to place a stop loss just below a level in an uptrend and just above in a downtrend.

This stop-loss would effectively prevent you from losing too much percentage-wise if you are wrong about a trade. I know, I know you aren’t wrong. The market is the wrong one, I get it…

Setting a stop loss on either side of the Fib level is a great safety precaution and stops you from being too overexposed especially if you can’t be sat at the laptop all day staring at the chart.

If you found this useful, set the reminder to our social channels as I will be going through more technical analysis techniques you can use to be a profitable trader.

Please bear in mind this is not investment or financial advice. I am a complete moron. Please don’t invest more than you can afford to lose, the crypto markets are extremely volatile at the best of times.