A Complete Guide to The Idols – NFTs meet DeFi. 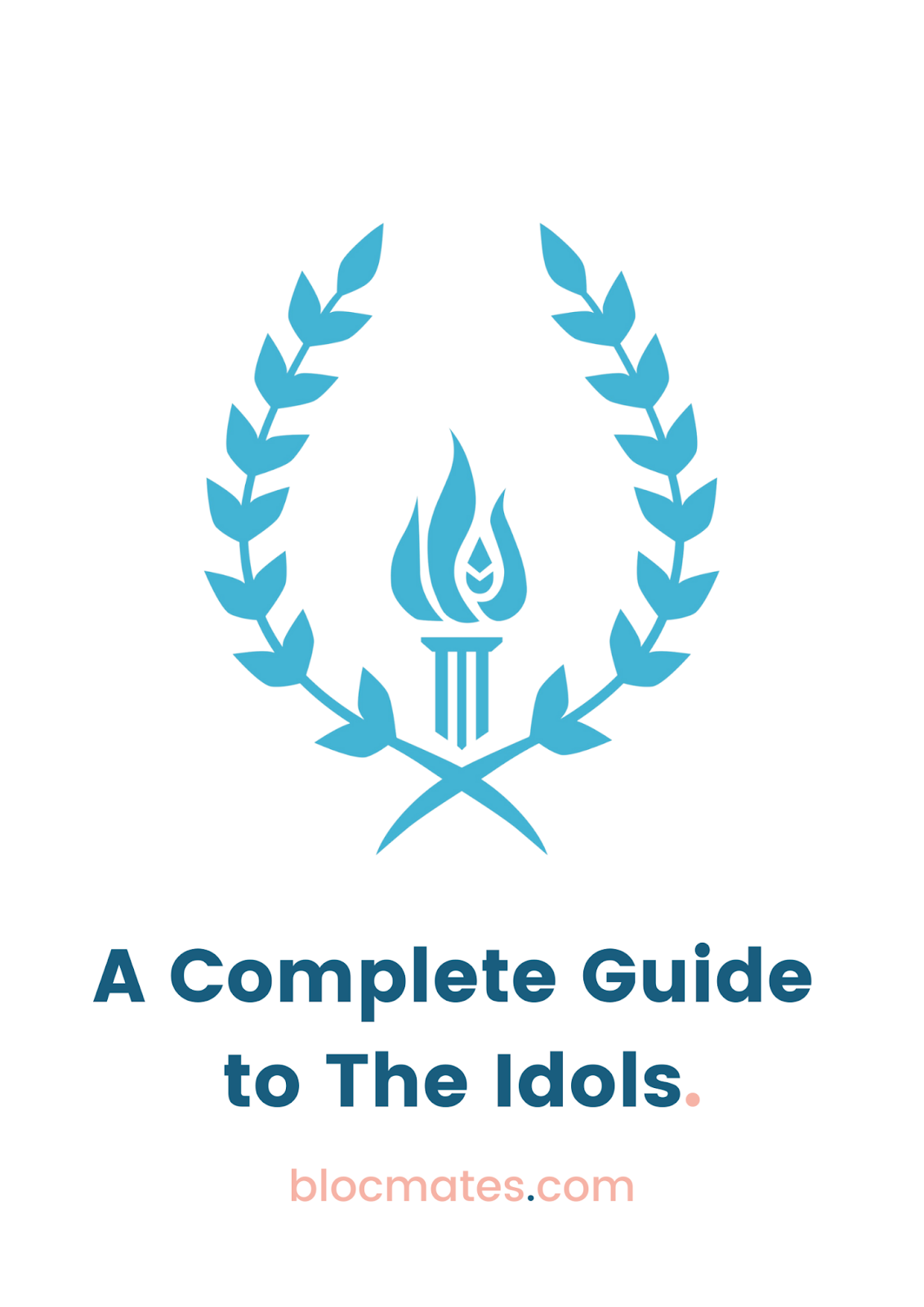 First of all, thank you to Zolla for writing this piece. Your understanding of the NFT and DeFi space has been such a valuable article thank you, good sir!

The Idols NFT is an upcoming project trying to bridge the two heavyweight crypto industries, NFTs and DEFI. Will they have what it takes to pull off this remarkable feat? Zolla investigates!

For the shrewd, sophisticated, number-crunching DeFi investor, the problem with NFTs is that in their simplest form they just don’t have much financial justification. There are no revenue streams to capture, no APRs to run the numbers on, no real reason to buy one except for the hope that somebody else buys it from you at a higher price (oh and the art).

For NFT collectors (community-building, trend-spotting digital-art connoisseurs), DeFi has got a serious-ness problem. It’s uninspiringly complicated, a bit like homework and full of unforeseen pitfalls.

The Idols is an ingenious attempt at creating a hybrid DeFi-NFT project. It uses NFTs to bootstrap a treasury of yield-bearing assets and throws into the mix an extra token-staking mechanism to continue growing this treasury. And then the yield from the treasury gets paid out equally to every Idol owner. What’s not to like?

At its core, Idols is repackaging Lido’s stETH in NFT format. I’m not going to get too deep into stETH here, but basically, when you stake ETH through Lido your ETH is swapped 1:1 with stETH, which then gets you daily staking rewards. Every day the balance of stETH in your wallet grows automatically. So if you stake 1 ETH through Lido you will receive 1 stETH and then after one year, if the APR were to stay at today’s 4.6%, you will have 1.046 stETH in your wallet, which you can swap for 1.046 ETH.

How do The Idols use stETH?

This is where the bridging of NFTs and DeFi starts. When Idols NFTs are minted, the entirety of the ETH that gets paid to mint them is then converted to stETH and permanently deposited into the project’s treasury. From then on, every NFT has an equal claim to the stETH rewards that get paid out by Lido every day. So by owning an Idol, you will receive stETH rewards… forever.

Okay so why not just buy stETH?

If the mint price of an idol is 1 ETH (the mint price hasn’t been announced yet) and all 10,000 Idols are minted then the treasury will have 10,000 stETH earning interest. You won’t have a claim to more stETH rewards than you would have if you just bought stETH. In fact, you’ll have less, as only 9000 Idols will be minted by paying users, with 1000 being ‘reserved’ for the founders. So your hypothetical 1 ETH spent will only get you a claim to 0.9 stETH’s worth of daily rewards. Only 90% of what you would have gotten from buying stETH directly. Meh.

Here’s where things get interesting.

The Idols project will launch with its own NFT marketplace, which allows the project to capture all trading fees every time an NFT is sold. In a way, this is imposing an exit tax on your 90% ownership of your hypothetical 1 ETH. So, even worse? Not quite. The project consists of not just the Idols NFTs, but also the VIRTUE token. The 7.5% trading fee imposed on NFT sales is paid out to VIRTUE token stakers.

So how does this benefit someone who owns an Idols NFT?

75% of the total supply of VIRTUE will be distributed via a bonding curve. You essentially buy VIRTUE with stETH on the Idols’ website. The earlier you buy, the more VIRTUE tokens you receive. This creates a rush to be early as the first people to swap stETH for VIRTUE are getting VIRTUEstETH at a discount to people who come later. All of this stETH gets sent to the treasury.

*from the Idols NFT docs

This means that the treasury consists of not just the stETH from the original minting of Idols NFTs, but also stETH from investors who want VIRTUE tokens so that they can stake them to earn the NFT trading fees. If enough stETH is bonded in exchange for VIRTUE, then buying an Idol could secure you a larger stream of stETH rewards than just buying stETH outright.

A DeFi valuation of the Idols

A huge benefit to owning an Idol over other NFTs is that there’s a revenue stream supporting the price. Each of the 10000 Idols has the same guaranteed claim to the stETH yield. So if the Idols floor price is at a discount to the total stETH in the treasury divided by 10000, it becomes an attractive alternative to stETH. Bear in mind though that owning an Idol is a lot less easy to sell than stETH and also has a 7.5% trading fee taken on exit.

My suspicion is that this price support will also work in reverse though. If enough Idols owners see them as an alternative to owning stETH, then we might see a selling pressure pop up whenever Idols can be sold for more than 1/10000th of the treasury’s stETH.

Another driving force in the value of an Idol is the growth of the stETH in the treasury and the corresponding growth in the revenue stream. As long as stETH is being bonded for VIRTUE, the underlying value of an Idol will grow. At first, there should be a huge rush to bond stETH for VIRTUE as the mechanics of a bonding curve mean early bonders are rewarded with a large discount. But this will slow as the price of VIRTUE becomes expensive relative to how much you can earn staking it.

For bonding to continue past this point, the number of fees generated by the trading of Idols will need to grow. But because you’ll also be able to buy VIRTUE on a DEX, bonding will only happen when the market price of VIRTUE is higher than the price on the bonding curve. So because the bonding curve price only goes up, it creates a high-water mark where bonding only happens when the VIRTUE token is hitting all-time highs (this is also not taking into account the dilutive effect of the 25% of VIRTUE tokens that are distributed outside of stETH bonding).

So while Idols trading activity is growing, VIRTUE should grow in price, which should lead to more stETH being bonded, which should lead to higher prices for Idols NFTs. Who knows, this price increase might fuel an increase in trading activity, starting the cycle all over again. When the growth in trading fees slows, however, I assume bonding will stop altogether and there won’t be any DeFi magic pushing the price of Idols higher.

The team’s VIRTUE allocation is issued alongside the stETH VIRTUE bonding curve, so this gives them a strong incentive to drive value to the VIRTUE token. The two methods that the team have hinted at are both familiar concepts in DeFi but will take the form of new NFTs. One slated for Q2 introduces a ‘locking’ mechanism for VIRTUE tokens, which essentially removes them from the market. The other will introduce a ‘burning’ mechanism which will obviously also remove VIRTUE from the market.

I’m not sure how these mechanisms will be incentivized, as the revenue streams in this ecosystem are already spoken for. Perhaps trading fees imposed on these new NFTs will be used to entice peeps to lock and burn.

Throwing NFTs into the mix

So far, I’ve only really looked at this project from a DeFi point of view, where the value of the Idols is pegged to the value of the amount of stETH in the treasury. But The Idols are also actually NFTs, which means they can be valued by factors other than just their claim to stETH yield. Like most other PFP NFT projects, the Idols are made up of a bunch of ‘traits’, some much rarer than others. They are also, like other NFT projects, as proof of membership to a community.

Whether this project will be able to grow in valuation above the underlying stETH depends heavily on having a large, active community and on the project capturing the mindshare of the Ethereum community at large. The project introduces some ‘lore’ into the equation by dubbing the Idols the “Guardians of Ethereum”, who “make a solemn vow to protect the blockchain for all time”. This is a playful dramatization of the act of staking ETH, which I imagine could go down well with the loyal Ethereum community. On the community-building side, the project’s messaging is heavy on being community-aligned.

If the Idols do gain in popularity in the more traditional NFT sense, they could see increased trading, which will provide a yield to VIRTUE stakers, hopefully leading to more stETH being bonded, which could make owning an Idol more desirable, etc. The project is an attempt at fusing the worlds of NFTs and DeFi, and this is probably a good example of where these two worlds can feed into each other.

If it works out well, The Idols project will see its DeFi side and NFT side driving value to each other, boosting the price of both the NFTs and the VIRTUE token. The risk here is simply if these two sides don’t really feed into each other that much. It’s worth asking whether most people who buy NFTs are going to find the idea that each Idol is backed stETH yield exciting. We are yet to see a real project pick up and run with a great DeFi and NFT cross-over, could The Idols deliver on this?

Seeing as there’s obviously a huge overlap between these two groups, I’m super curious as to how well these two modes of valuation can be used to prop each other up. The Idols is an interesting experiment into whether this combination will be mutually beneficial to both the DeFi and NFT parts of the project. Even in the unfortunate eventuality that the experiment doesn’t succeed, an Idol is still backed by stETH and the yield that it generates… forever.

The Idols is launching on Ethereum on the 5th of March. Minting an Idol may get you bonus VIRTUE tokens, which you can stake to earn trading fees. Get involved in the project by joining their Discord and asking around. You can get on their ‘gold list’, which rewards community members who help grow the project. Goldlist comes in the form of an NFT, which allocates you some VIRTUE tokens that vest alongside the bonding curve, just like the team’s allocation.