🙋 Thank fork for that! 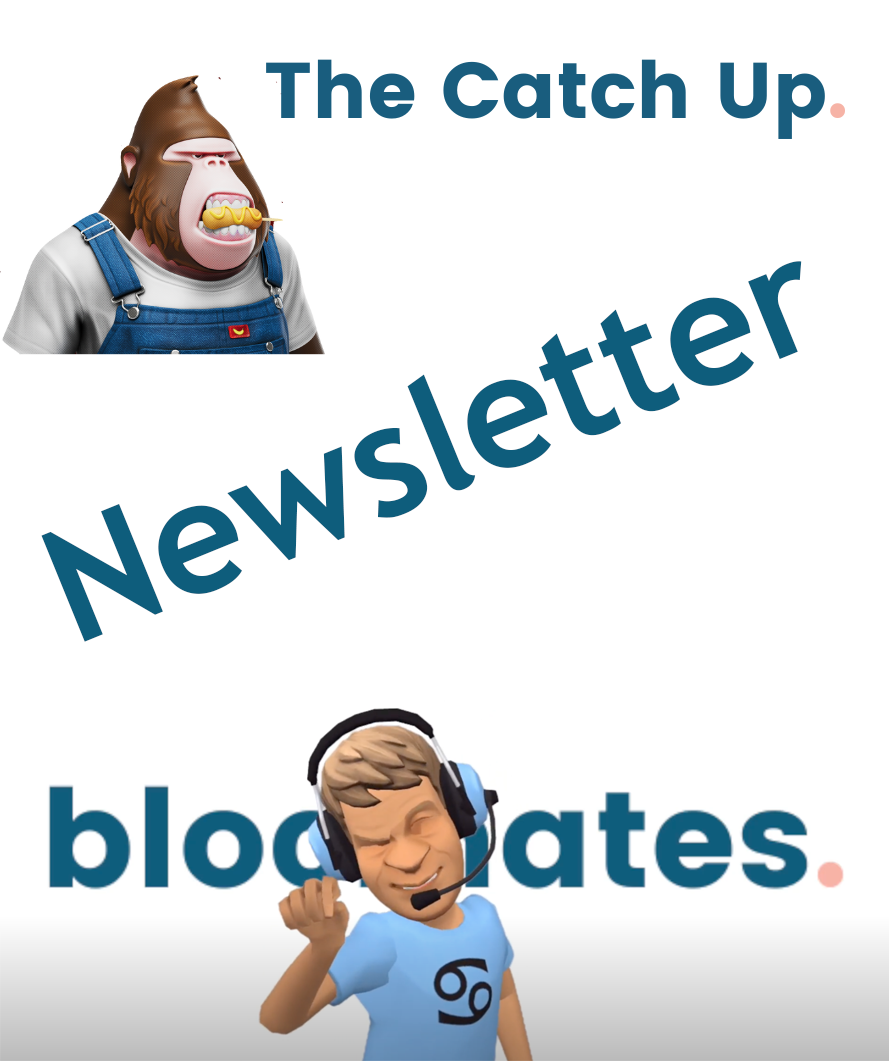 Happy Friday! All eyes this week have been on the merge and almost 36 hours later, the chart doesn’t quite reflect the technological marvel that has just happened. To be honest a little more chaos than most were expecting happened. But in the meantime, Eth devs be like….

In today’s Ape Enclosure we take a final look at the merge, we see Fortnite Developer Epic Games list the first NFT game on their marketplace, and a chart you might not have seen before.

🔥 The Big Topic – A Forking Success the ETH Merge

The date is September 15th and this day will go down in crypto history as the day Ethereum had its biggest technological upgrade and then dumped. But what’s next for ETH Proof of Stake?

Well, almost 36 hours later, and whilst some drama was expected, I don’t think many of us expected this level of capitulation as we see ETH break down level by level as whales, investors, and lettuce fingers cash in on their ETH and ETHW airdrop tokens.

Right now mates, from a TA perspective, really struggling to find a good ole cuppa bull juice and if you have one, please send it! Will the “being green narrative” be enough to spark off the next big leg up or even attempt to stop the bleeding?

TLDR of what happened summed up perfectly by @TimBeiko. Essentially the execution and consensus layer (Beacon chain) merged together to run a full Ethereum Node in its Proof of Stake format. All that drama for a simple picture!

Business as usual for most, but honestly, it’s really hard to say. We can say that ETH has the potential to become highly deflationary as miners were bringing in approx 13,000 ETH per day whereas staking will bring into circulation approx 1,625, an 87.5% daily reduction coupled with the daily burn rate sitting around the 1,400-1,500 mark. Theoretically, only 11% of daily creation is coming into circulation…peanuts. Well, that sounds pretty bullish for Ethereum! Check out ultrasound.money for all of the latest stats on the ETH burn rate which, at the time of writing are showing slight inflation.

Now that ETH has moved to a proof of stake network it should increase security, enable greater scalability through sharding, and will use less energy (no brainer as fewer are produced with less computing power). A win-win situation for everyone and as, quoted by Vitalik, from a Drake Justin post “The merge will reduce worldwide electricity consumption by 0.2%”.

What the fork?! wheres my airdrop?!

At the time of writing, FTX users have received their airdrop and if you were holding your ETH in a wallet you will be able to connect to the forked chain and have full access to your tokens. You can trade ETHW on FTX platform, Bybit, Gate.io and MEXC Global. As for the use case, well that is to be seen…Forked Aped Yacht Club anyone? But we have started to see a small amount of movement in the microcaps (BE CAREFUL ANON!!)

On the face of it, everything looks good but with any major network update like this, only time will tell whether this is positive or negative and what impact (if any) the ETH forks will have. But forking hell…from the whole blocmates.com team, we are super happy this didn’t go belly up live on stream!

NOTE: ZK roll-ups, keep an eye out for these as they will be playing a big narrative over the coming months and don’t worry anon, we’ll keep you updated on the whos, whats, and hows.

Coinbase tracks US politicians, ahead of the midterms to show how crypto-friendly they are.

A Bird? A Plane? No, it’s Ravencoin, as miners get ditched by ETH and get to work on RVN.

Merge? No worries! as the ADA foundation toast a glass and partners with Georgian National Wine Agency.

TERRA! South Korean issue an arrest warrant for Do Kwon and to revoke passports from Terra employees.

A slightly different take on the chart of the day today, here is an interesting look at the historical patterns of the S&P during the year of the midterm elections. It’s an interesting look when compared to the S&P/Nasdaq as to date this has somewhat played out in a similar fashion. There’s obviously more at play here as we are currently going through unprecedented macroeconomic times.

Keep an eye on September 21st when the Fed announces rate hikes, 75 basis points is likely but 100 is not off the table just yet.

ETH miners have to do something with their high-tech GPU kits, @Jedihornet breaks down what this all means in this week’s thread.

Merge is here.
Are miners done for?
What do they mine next?
Forking. forked, fork. Is there a play here somewhere or is it all just a scam?

Here’s a super useful look at some TA using the Fibonacci lines as @RandomTask555 from HXRO Labs explains “The Reload Zone”.

🎉 Who won the internet this week?

This little French Bulldog wins the interwebz this week with his skateboarding skills.

Possibly the coolest dog on the planet.

Soooo you want a 5-minute head start against the rest of the market, well here are our picks to add to your watchlist:

HXRO, they have a big STABLE announcement coming on Sept 20 along with a future launch of NFT’s 👀.

ATOM, Cosmoverse is coming at the end of September and as highlighted last week Ethan (Founder) will be announcing the changes to the ATOM tokenomics.

GMX, Labs Proposal 788 – Licensing smart contracts similar to Uniswap v3 to prevent vampire attacks for up to 2 years to build a moat.